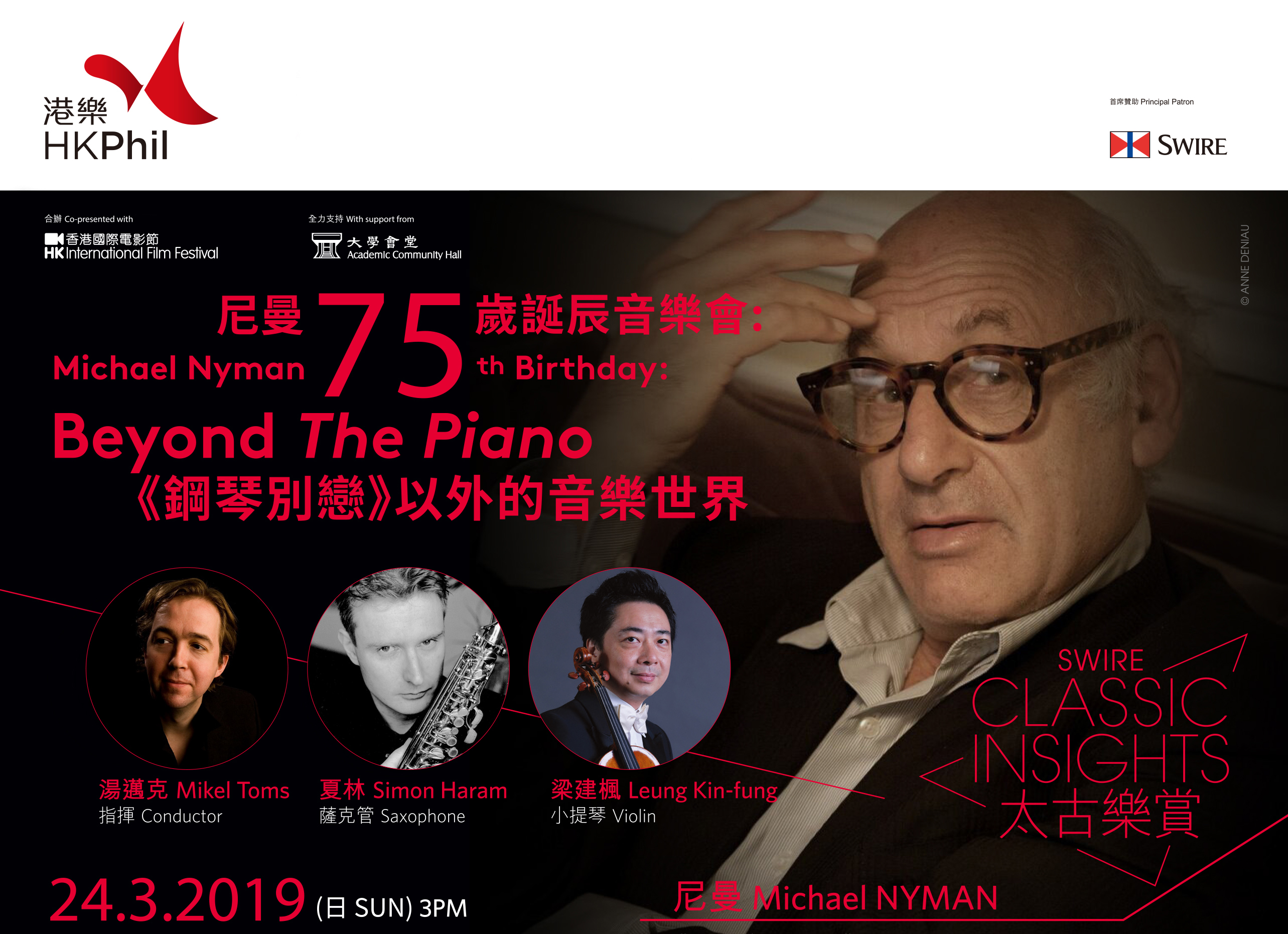 A special concert entitled “Swire Classic Insights: Michael Nyman 75th Birthday – Beyond The Piano,” will be held at Hong Kong Baptist University’s Academic Community Hall on 24 March 2019 as part of HKIFF43. The concert is free to members of the public and will feature many of NYMAN’s most iconic film scores.

The English-born composer is best known for his score for Jane CAMPION’s 1993 Palme d’Or winner The Piano that won him numerous awards including BAFTA and the Golden Globe. Also known for his collaboration with Peter GREENAWAY, NYMAN’s talents are best illustrated in his propulsive scores for the master filmmaker’s classics.

Under the baton of internationally acclaimed conductor Mikel TOMS, the Hong Kong Philharmonic Orchestra will open the concert with In Re Don Giovanni, NYMAN’s deconstruction of Mozart’s Don Giovanni.

The three movements of On the Fiddle for solo violin and string orchestra derive from his scores for three Peter GREENAWAY films, namely The Cook, The Thief, His Wife and Her Lover (1989), A Zed & Two Noughts (1985) and Prospero’s Books (1991).

The concert will conclude with Where the Bee Dances, a saxophone concerto also from Prospero’s Books, featuring Simon HARAM, a member of the Michael Nyman Band.

NYMAN, who will celebrate his 75th birthday on the eve of the concert, remains creatively active. Most recently he has worked on McQueen (2018), a documentary on the maverick British fashion designer, Alexander MCQUEEN. The film is included in the programme of HKIFF43.

Online ticket registration will begin at 10am on 6 March 2019. For details please click here. Each email address can register for a maximum of two tickets and can only register once. Tickets are limited, and are available on a first-come, first-served basis.

Remarks: Suitable for aged 6 and above. Concert lasts around 75 minutes, without intermission.